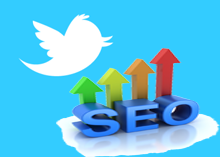 The wildest SEO moves by big companies are done in the secrets of the night.

You may not know this, but Twitter has launched a user directory which contains every twitter account. The full directory is accessible when you are logged out of Twitter, it is located in the footer and basically works as a Sitemap. A smart SEO move for websites is to always put the sitemap on the home page because it is the first page this crawled the most thoroughly. By placing this new user directory on the homepage Twitter is putting every user profile up for the crawl call.

Well. I wouldn’t call this wild, but Twitter has made big changes in the crawlability of users accounts. For example, when searching for information on Google specific tweets are now showing up in search results. From my results, I have seen that it has mainly been in relation to keywords associated to hastags “#”.

For instance, if you label a tweet with a hashtag and it has been retweeted multiple times which increases it’s value and association it is probable that your tweet will show up in it’s own individual search result. Twitter has developed a page result, it displays the users profile with the specific tweet below and the interactions as a result of the tweet.

What does this mean for users?

For businesses this increases the SEO value of association to your username. Which makes creating and picking a username even more important. For example all the above names and associated Twitter accounts will result under the keyword search for “Annette”. Although, I say now that the importance of picking a username will affect your exposure of your Twitter account while that is true now. I am always thinking about what is to come next.

With the current downward trending of Exact Match Domain (EMD) url’s I think eventually the same will take affect for Twitter usernames. For instance, SEO accounts that do not active tweet will rank lower for their Twitter profile despite the fact that their profile url is Twitter.com/SEO. In the end I believe it will come down to the quality of tweets over time. Yes, we do tweet about the occasional weather update or something that is not within the collective interest of our followers, but essentially it will play the same role as new content. 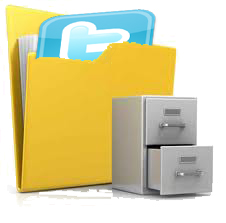 How to Make Your Profile Indexed?

Google bots are currently running through the new directory of millions of Twitter profiles to be indexed. There are currently 673,000 profiles that have indexed through Google and Bing crawls a bit slower than Google.

Why Hasn’t This Been Done From The Start?

If I was running Twitter I would be doing anything and everything to continue to gain traction for all my profiles and make Twitter accounts an even more enticing tool for social media bloggers and SEO guru’s.

When Twitter first started out there were many issues between Google and Twitter. If you remember Google launched a “real time” search results to increase the relevance of people searching for issues at that moment in time. For example if you were searching about “Colorado Fires” Google wanted the search results to come up in accordance with the latest fires not the “history of fires in Colorado”.

With this real time change came a huge emergence of Twitter feeds showing up in SERP’s and taking over the top 10 rankings. Because Twitter was the “real time” of news, if there was an event people were tweeting about it and this was especially true during sporting events. As quietly as the real time change came into the search engine, it quickly slipped away.

Talk about a nightmare of content from an SEO perspective, even though you have plenty of content that is fresh and new and great interactions, you have an undeniable amount of duplicate content kindly named “re tweeting” and tweets in general are taking snippets from big articles and spreading them.

With the cleaning up of the content and information, Twitter has finally come to a position where there content will no longer create poor SEO value, so the timing is perfect for indexing profiles.