Supreme Court Tax Ruling: What it Means for eCommerce Merchants

Yesterday, the Supreme Court ruled that states can compel eCommerce sites to collect sales tax from online buyers, even if they don’t have a physical presence in that state.

For the states, this potentially means they can collect $30 billion a year in new revenue.  And as a bonus, politicians don’t have to touch a highly charged, third rail of politics: raising taxes.

Back when Amazon first started, the company was opposed to sales tax collection in places where the company did not have a physical presence.  For Amazon and a lot of other eCommerce sites, not having to collect sales tax was a large competitive advantage, especially for larger ticket items.

But as Amazon expanded to offer free two-day shipping to Prime members, that meant Amazon needed to open up physical locations across the US.  As a result, Amazon needed to start collecting sales tax from customers.

So the bigger players, like Walmart and Amazon, stopped fighting and lobbying for sales tax to not be collected online.

For eCommerce merchants, this means a lot more compliance, especially in a market where more and more sales are shifting to Amazon.  (42% of US households have an Amazon Prime account, as of 2017.)

For sales tax compliance companies, such as Avalara, Vertex or Taxify, this new ruling makes it a lot more likely that eCommerce companies will use their software solutions that will automatically charge, collect and report state sales tax to the various state agencies.

1) Foreign companies that ship products directly from China to the US:  For example, I will often order USB charging cords or other small electronics on eBay or other sites from sellers who manufacture and ship items directly from China.  Due to some crazy low-cost shipping agreements, it’s often cheaper to ship a small package from China to anywhere in the US, then it is to ship the same item from California to Colorado.

2) Amazon Pay:  I’ll cover this more in-depth soon… But Amazon Pay is now a full-featured way that an end user to make a purchase, by allowing the end user to log into their Amazon account and then use their stored payment methods and billing/shipping addresses to make a purchase. During the process, Amazon will also collect sales tax.

Overview of the US Sales Tax Laws

In the US, only 45 states and the District of Columbia collect sales tax. The states that don’t have statewide sales and use taxes are Alaska, Delaware, Montana, New Hampshire, and Oregon.

Of the remaining 45 states, 22 states have adopted click-through Nexus laws. According to the TaxFoundation.org, this means that if you have in-state sales of more than $10,000 and work with a third-party affiliate site in the state, your eCommece site is on the hook for collecting sales tax.

Of the remaining 23 states, 10 states have what is known as a notice and reporting law. Colorado, for example, doesn’t require that eCommerce sites actually collect sales tax.  But it does require that it tell the end user that they may need to pay a use tax, and does have requirements for reporting sales of more than $500 to state tax agencies.

Three states have adopted online sales tax provisions that ignore physical presence. For example, Alabama requires any eCommerce site that has more than $250,000 in Alabama sales to collect sales tax for a variety of different categories.

Two states have cookie nexus laws. Meaning that if a site places a cookie on the end user’s browser if that end user lives in the state of Massachusetts or Ohio.

The remaining six states (Indiana, Maine, North Dakota, Vermont, and Wyoming) have adopted the same law as South Dakota: eCommerce sites with $100,000 in sales in the state or 200 individual transactions require a site to collect and pay sales tax.

What Does This Mean For My eCommerce Business?

Want to discuss what these changes mean for your eCommerce business? Our strategists are here to help. Connect with a member of our team today – give us a call at 303-473-4400, or fill out our simple contact form to get started. 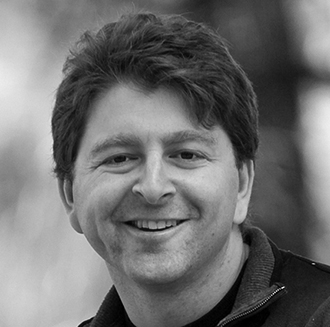 View all posts by Jeff

← Cloud Hosting Review: Nexcess Cloud Hosting with Auto Scaling & Caching 20% of the US Has Smart Speakers - Is Your Business Ready? →