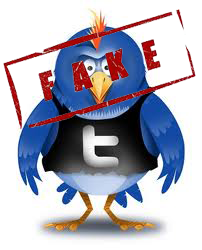 Yes it is true that social media is playing an increasingly important role in the SEO value of your website. This is no surprise, after all if Google wants to produce websites that are relative it is intuitive that users will interact with a site the more they find it useful. It’s easy to think creating fake profiles and liking your page will help your social media profile, ultimately helping the SEO value of your webpage.

Below is a popular offer from a fake twitter follower company: Buy Active Fans. They provide 10 tiers of prices and quantity for Twitter followers. If you are interested in this service they are a great company. 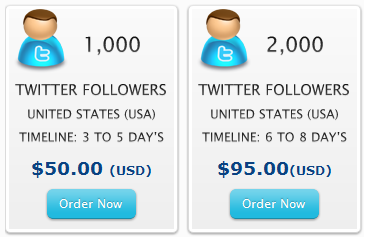 If this is All I Have to do, Why isn’t Everyone Doing It?

You know the saying, “sounds too good to be true”  well in this case, if it is so easy for a company to buy 100,000 extra followers and it increases their SEO value, why don’t you see the leading companies doing this? You would think an extra $95 a month to increase their Twitter followers by 2,000 would be a menial cost. It is apparent to search engines like Google and even humans when your Twitter followers jump by a few thousand in a night.

Fake Twitter Followers has been highly scrutinized as a poor politics move. Mitt Romney increased his twitter following by 100,000 new followers over night. Why did he do this? Simply, popularity gains popularity. If his campaign strategists were able to show a bounding leap in followers and support it might change the potential voters mentality seeing a leap in support through his Twitter campaign. Unfortunately the illusion of popularity was revealed as a lie.

Buying fake twitter followers is becoming a black hat SEO tactic. Twitter and Facebook strongly discourage the purchasing of fake fans and followers to boost your online campaign. With Google’s Penguin update placing a strong emphasis on the need for quality content at a consistent rate, you have to remain ahead of the curve and assume the need for quality will trickle into your social media efforts.

By purchasing fake followers your number of followers may increase but the interaction will not. Every true social media campaign is chasing the goal of achieving engagement and interest. Having your numbers skyrocket with no engagement will not increase your SEO value and you will no longer be considered a contender for your competition if you engage in poor SEO tactics.

If you are interested in engaging your website and social media campaign in white hat SEO tactics that form quality results please contact us by filling out the contact form below or call us now at 303.473.4400 to talk to a real person.