Magento 2.2 is set to be released this September. The developer release candidate has been available for download since late June. The Magento 2.2 release boasts that all bugs have been addressed with 80% fixed on known bugs. Making this the most stable Magento 2 release to date.

In the August 2017 Colorado Magento Meetup we took a look at the key improvements to the platform, code base changes and, new features coming with the Magento 2.2 release.

Magento 2.2: It's Coming Right For You! | Colorado Magento Meetup from Customer Paradigm

At Magento Live UK 2017, Magento announced a rebranding of the Magento product line. This rebranding includes name changes many of the major Magento products. The change in naming conventions implies that there is a certain direction that Magento sees digital commerce heading. The removal of the “e” from eCommerce is a marker that all commerce has roots on the internet now and we no longer live in a world where there is a distinction between online and offline commerce.

We have seen an increasing strategy from Magento to acquire already existing products that have the functionality they want in the base platform, rather than creating them from scratch in-house.

Magento acquired RJ Metrics about a year ago as part of their new business strategy focused on acquisition.

They quickly rebranded RJ Metrics as Magento Business Intelligence and baked the advanced reporting features into the Magento core. The reporting is able to take advantage of Magento internal data and analytics to give you, the store owner, data about your store and customer base that is actionable.

Other reporting software can be extremely expensive. Magento Business Intelligence boasts availability on both the Magento Open Source and Magento Commerce platforms for a low monthly fee and no contract.

Magento announced their partnership with Signifyd, an eCommerce fraud protection company, back in October 2016 with plans to integrate their machine learning capabilities into the Magento core.

Key facts about the addition of Signifyd to Magento include:

Most B2B systems are horribly designed or so cumbersome that the whole process of using them is more of a pain then a realistic area of growth for merchants. Having a 100% built in solution makes a Magento install a holistic solution for merchants and is something that until now has been missing from the eCommerce market.

The use of API’s is a big deal in Magento. While the implementation started off poorly documented, this is a huge step forward in making a modern application that can integrate and be used with other systems. Swagger does a good job documenting this in the Magento API Docs.

The new trend in pushing updates more often is helping to push old tech out of the space. At the same time, we are seeing updates happening faster than most merchants can keep up with.

While this will do a lot to help update static systems that allowed a merchant to stay on a Magento 1.6 install for years on end, it also challenges SI’s and merchants to keep up with the world moving faster than stability can keep up with. Magento currently supports 1.9, 1.14, 2.0, 2.1 and will be coming out with Magento 2.2.

Since the release of Magento 2, UI components have been universally panned by frustrated developers that have to learn a whole new system for rendering UI. However, Magento is doubling down on UI Components and trying to improve how developers interact with this system.
WCGA support for front end themes means Magento is not being static in their goal to be a part of the web’s future. They don’t have to do this, it’s something that they are working for.
The systems for deployment show that developers using the Magento systems are required to already have an advanced understanding of different deployment systems. CICD systems like Jenkens are evolving into the standard way to deploy code. And Magento wants to hook into this system.

In terms of performance, it’s all about speed and Magento is working hard to improve this metric.

Want to join us at our next Colorado Magento MeetUp?

Our next MeetUp will be focused on an introduction to Javascript in Magento 2. Come join us on Wednesday, September 20th at Fluid Coffee Bar in Denver! Be sure to check out the MeetUp page for more details! 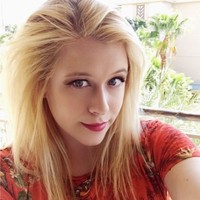 Kelly is a Marketing Assistant at Customer Paradigm. She loves creating engaging and educational content and connecting with the community through social media. Outside of the office, she can be found eating her way through Colorado one brunch at a time and hiking in Rocky Mountain National Park.

View all posts by Kelly | LinkedIn