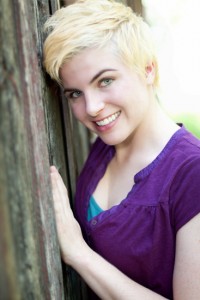 Too many people still use old techniques when trying to increase their page rank. For those of you who are still stuck in the past here is the new basic tenant for successful SEO: Social Media is a big deal!

That’s overly simplified. However for those of you still using Anchor Text of inbound links, realize that Social Media is rapidly replacing these “old” strategies. Being associated with an established brand will actually boost your rankings, so increasing your Social Media connections is key to the future of your website.

The big picture is that having a presence in the realm of social media is going to be the future of Search Engine Optimization. Of course, the old analogy of the children’s lunchroom still applies in terms of Google PageRank. (If you ask who did it, and everyone points at one person, Google assumes they did it, or at least are an authority on it.) However Social Media enables users to point at the sites they feel are relevant, and Google is tapping into this new resource.

Back in 2008, just a scant 3 years ago, it was widely believed that social media metrics had relatively little impact on ranking. However, with the introduction of Google Flash, Places, and other user-driven search results Google has tapped into Social Media. The bottom line is – Google is trying to penalize sites that are hard to crawl and whose content is sub-par, and reward those who take the time to produce good content. How can Google accomplish this monumental task? Even with just a basic understanding of SEO, one knows that Google uses an algorithm to crawl the Internet.

By looking at a number of factors to evaluate the relevance of the page Google determines the relevance of the site. However, as we know, computers are both incredibly intelligent and incredibly stupid. A machine cannot simply “read” like a human and assign value to content; it requires an algorithm to pass judgment. So how does this algorithm assign value to different websites? The simple answer is Social Media. Instead of trying to overhaul the algorithm, Google just lets people decide. In short, here are some new Do’s of SEO. Do:

The basic tenant of SEO remains the same: Quality content with a well-balanced array of links from relevant sites. The real game changer is that Google is now using our addiction to social media to morph the landscape of the World Wide Web. So get your Local Place Page set up, post quality content, become active on Twitter or Facebook. Basically do anything you can to become the most popular kid on the playground! Power to the People.