Where does your Commute End? We Park on the Wall 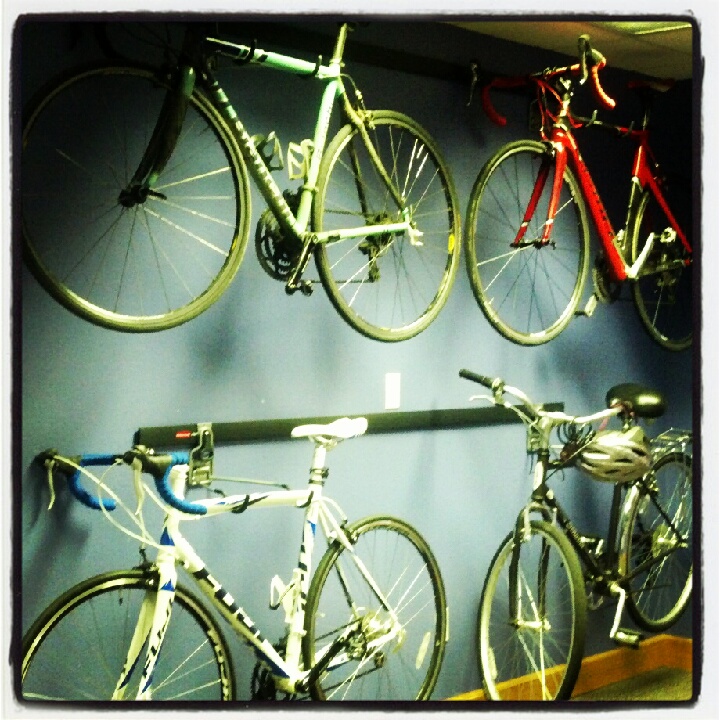 At Customer Paradigm we know it’s not always the goal that makes the world keep turning, it’s the journey’s to get to those goals. And though at times we may feel we are just pedaling one motion after another, the goal at our work is a little bit more rewarding.

It’s like we are hanging a trophy on the wall, every day we make it into work! Who ever said four wheels is better than two was gravely mistaken.

I suppose that was what attracted me to the bicycle right from the start. It is not so much a way of getting somewhere as it is a setting for randomness; it makes every journey an unorganized tour.

Commuting to work is not a hidden lifestyle in Boulder, Colorado. I see people in suits waiting to take a bus into work, where in California this would be asking for a bad day. Boulder ranks number 1 for people who walk to work, work at home or carpool to work. Bicycling is held to such a high priority in Boulder, that sometimes snow plows will take care of local bike paths before the streets.

Don’t be fooled…. Bicycling isn’t just for the Boulder lifestyle.

According to the Outdoor Foundation, Bicycling is the second most popular outdoor activity in the United States. We all know that bicycling is a form of exercise and therefore it has great health implications for you. Some health benefits are weight management, cholesterol levels and even blood pressure. And, if you are watching you wallet in this economy, it’s less expensive than a car. Most car trips in the US are broken down where 28% are less than a mile, 40% are less than 2 miles, and 50% are less than 3 miles.

Next time you are considering hoping in you car, think about hoping on your bike instead! Happy Pedaling!