Not all of Boulder was flooded, and while part of me wanted to be out with
the camera capturing the flood, I also had to stay home to bail out the basement.

The good news is that everyone on the Customer Paradigm is okay. A few people got wet, but nothing major…

Mud Ripples. These are patterns left by the overflowing river,
on a concrete floor by Boulder Creek, during the flood in Boulder, Colorado
in September 2013. 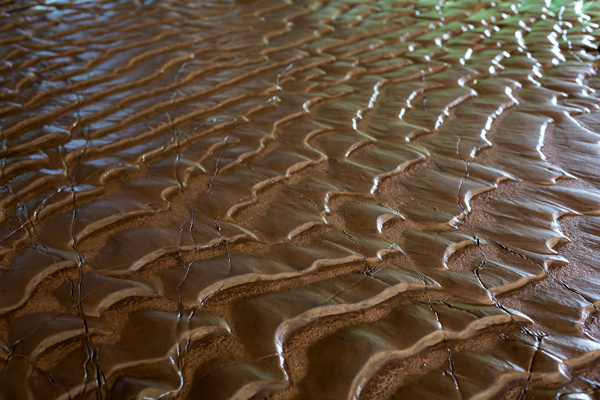 Boulder Creek – water reaching up to (almost) the bridge.
This is a bridge spanning across Boulder Creek, by the Millennium Harvest House.
This photo was take on Friday, Sep 13, 2013 in the morning. 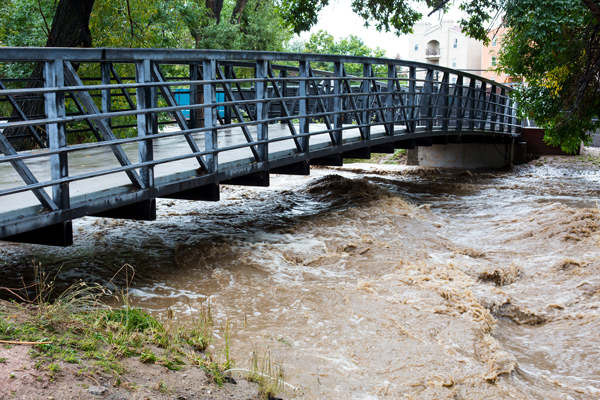 Boulder Creek, which is normally a small creek, had about
16 times it’s normal volume during the September 2013 floods. 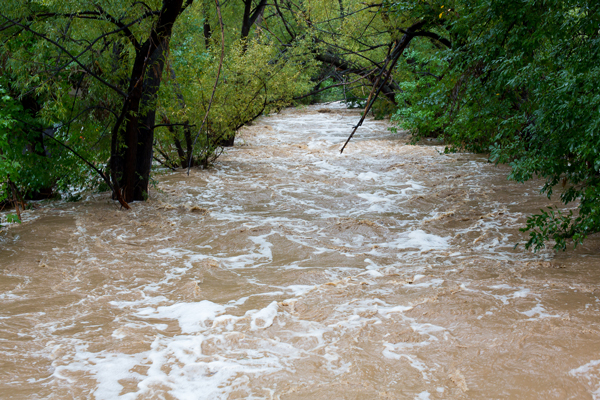 Chautauqua Park, with the first, second and third Flatirons
emerging from the clouds. The trails were closed off due to flooding. 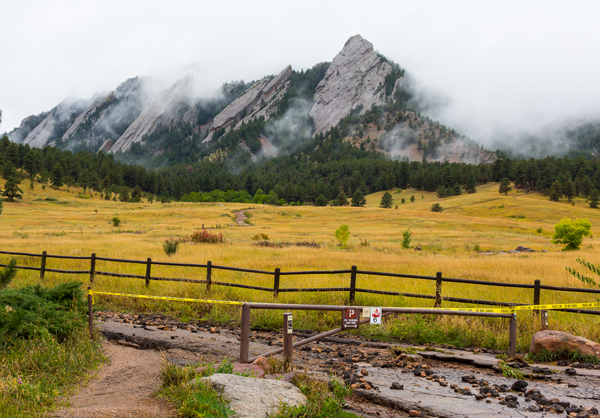 Chautauqua’s Dining Hall, from the new entrance to the park.
This was taken Friday morning, after the weather broke (for a while) and the
flood waters subsided. 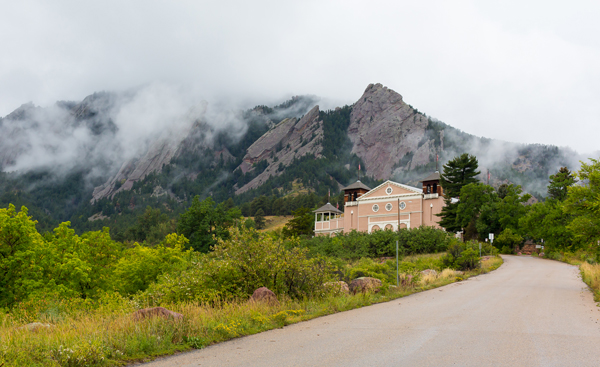 Table Mesa Drive in Boulder, by the Yale cross street. A big
chunk of earth was washed out, exposing a pipe, during the September 2013 floods
in Boulder, Colorado. 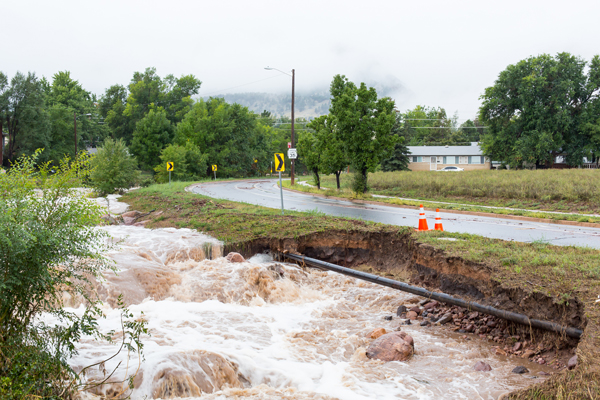 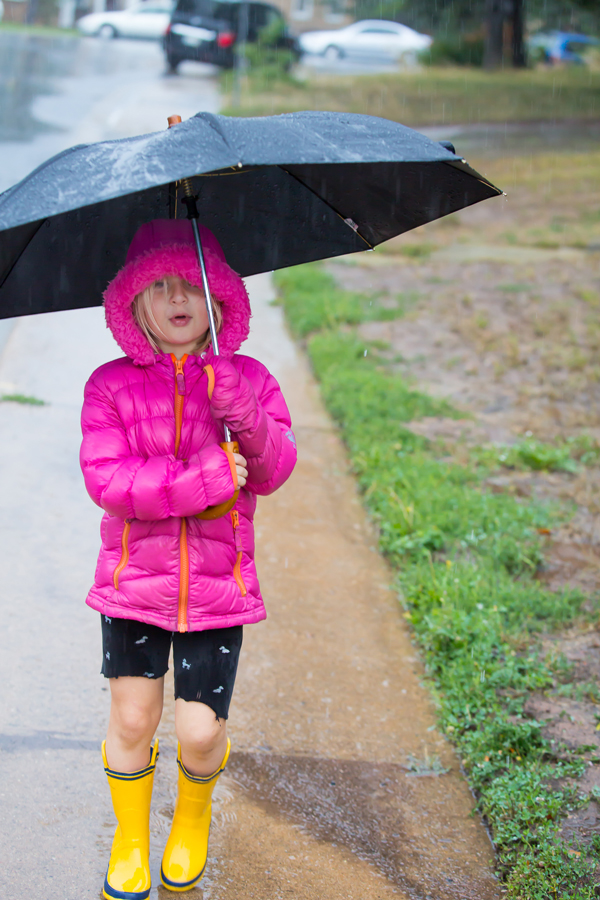 The river flowing down the middle of Table Mesa Drive in south
Boulder, early Thursday morning, September 12, 2013 during the Boulder floods: 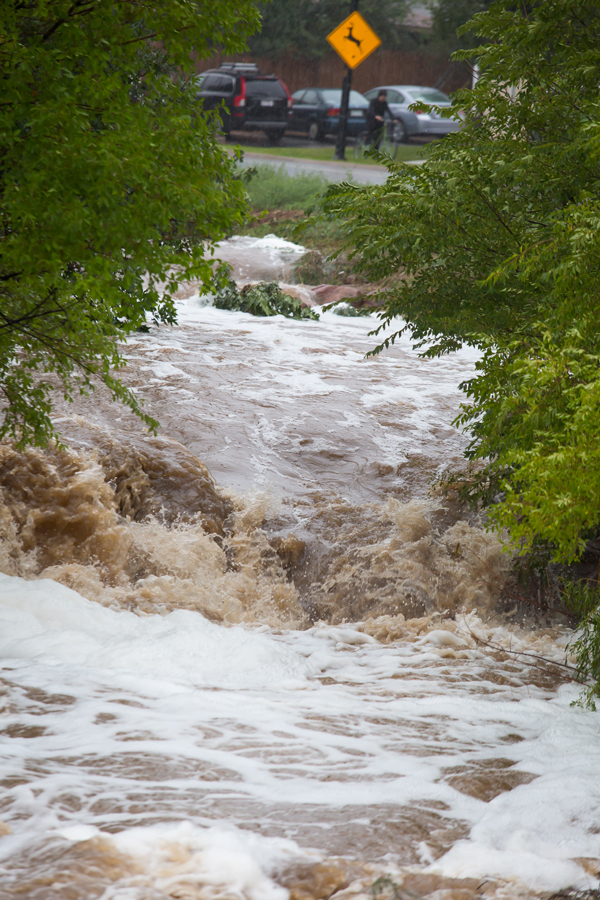 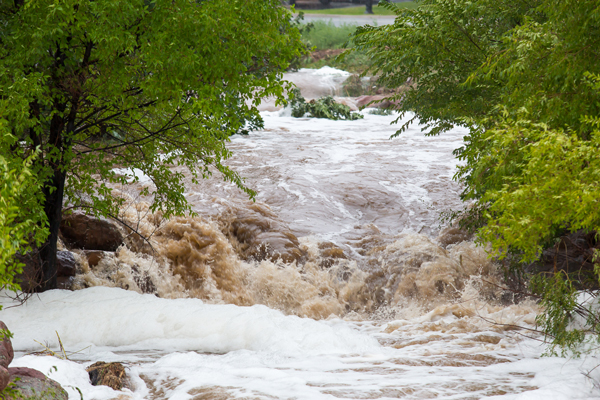 Ori looking at the flooded creek in the middle of Table Mesa drive,
during the floods in Boulder, Colorado. 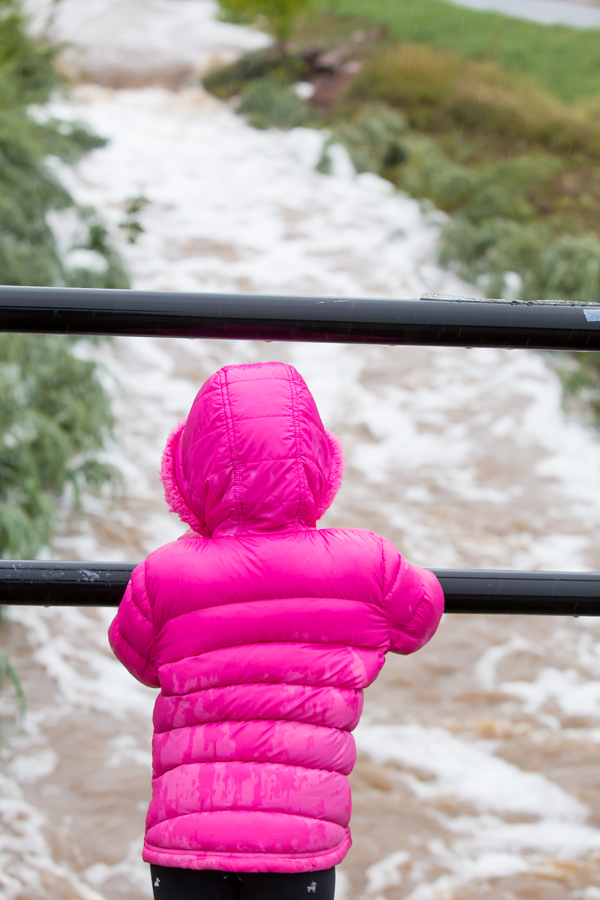 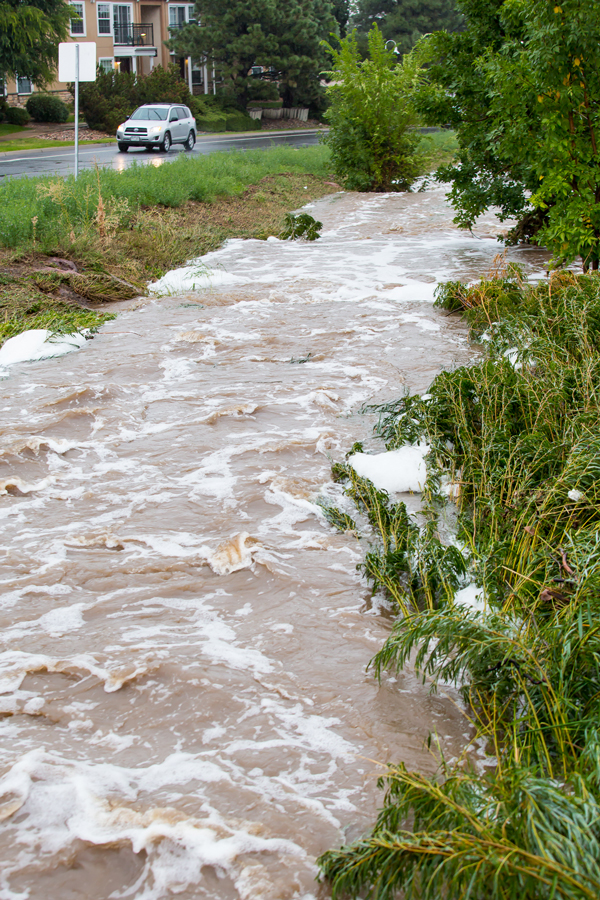 All photos by Jeff Finkelstein. Copyright 2013. All Rights Reserved. Want to use an image? Just ask… we won’t say no.