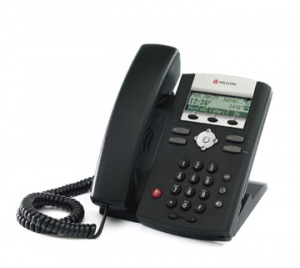 We’ve had a few small power outages here, and that’s killed the power to the Comcast Cable modem, as well as the switch.

The error message was “URL dialing not available” or “DHCP failure” or “network is down” or “Unable to register.”

After this happens, the Polycom IP phones have trouble rebooting and re-connecting. These phones are supposed to be able to be plugged into any network (home, office, on the road) and just work.

The first time I called tech support, they told me to reboot everything, and that seemed to work.

But then it happened again, and five different reboots didn’t quite work. They still did not connect.

It seems that the phones were not able to use Comcast’s DNS service to translate the domain name to the proper IP address in order to work.

I didn’t even have to reboot everything, and all of the phones came back on.

I hope this helps…