Mercury Transit of the Sun

In case you didn’t wake up yesterday and point a big camera lens directly at the sun, I went outside and captured Mercury transiting across the Sun: 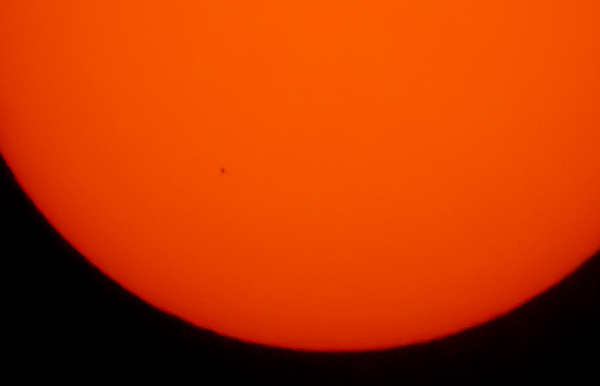 That little dot that looks like a spot is the planet Mercury. (That said, the sun is 93 million miles from here.) About thirteen or fourteen times a century, Mercury passes between the Earth and the Sun. It’s not an eclipse, because Mercury is so very, very small. Earth’s moon is able to eclipse the sun, because the moon is a lot closer to Earth than the Sun.

The bigger spot is a sun spot; the tiny little fleck at the bottom is Mercury: 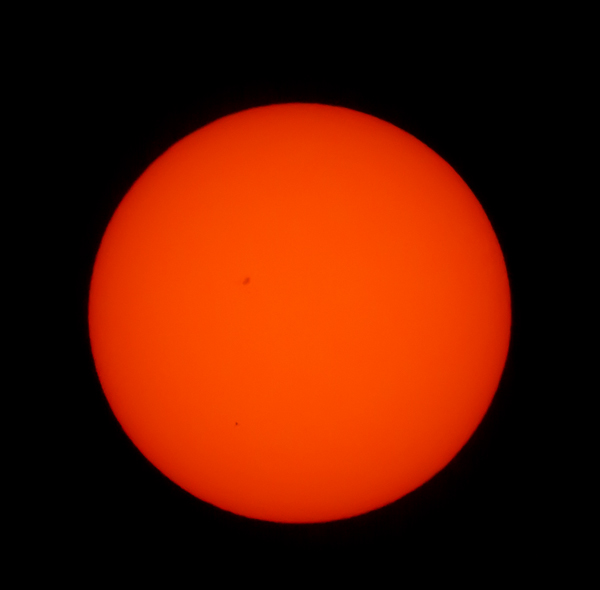 In order to not burn the camera or my eyes, I created a solar filter by tearing apart a pair of eclipse glasses; this is the same filter I built for the Venus transit in 2012, and I describe the build here:
http://www.diyphotography.net/dont-let-the-next-venus-transit-over-the-sun-catch-you-unprepared/

It should go without saying… don’t try this at home without a real solar filter.

Here’s an image I captured in Moab of the moon setting over the red rocks (this was captured using a 600 mm lens set up): 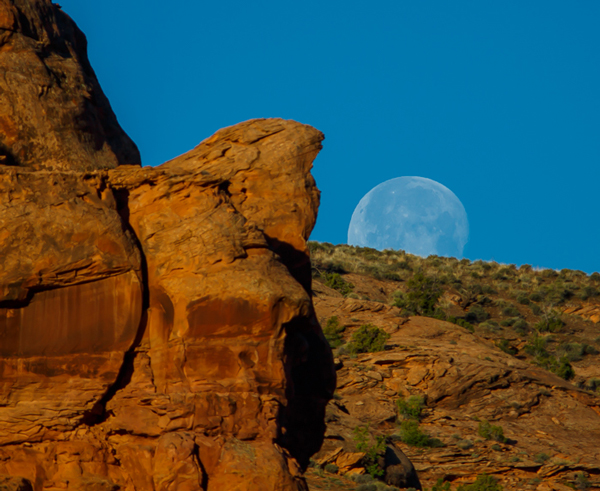 Here’s the full moon rising over Moab, the previous evening: 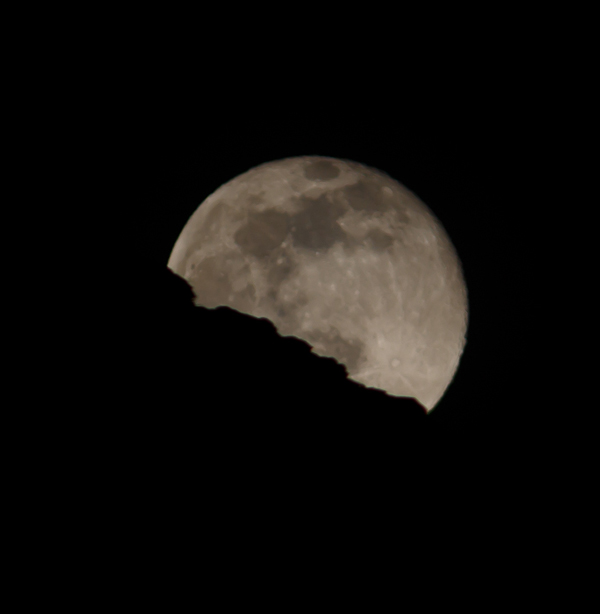